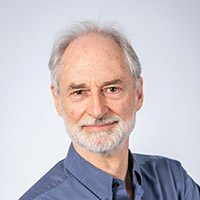 The Decision Analysis Society has awarded the 2018 Frank Ramsey Medal to Max Henrion, CEO of Lumina and originator of Analytica. The medal is the society’s highest award. It recognizes distinguished contributions to decision analysis, including decision theory, methods, applications, education, and public awareness.

Frank P. Ramsey, for whom the medal is named, was a Cambridge mathematician and pioneer in decision theory. His 1926 essay “Truth and Probability” anticipated later contributions by John von Neuman, Oscar Morgenstern, Leonard J. Savage, and other luminaries of the field. Previous recipients of the medal include Professors Ronald Howard, Howard Raiffa,  Amos Tversky, and Daniel Kahneman (who also won the Nobel Prize in Economics).

The Decision Analysis Society cites Dr. Henrion’s contributions to the theory and practice of decision analysis, integration of decision analysis and artificial intelligence, and energy and environmental policy decision making.  It also mentions his work on Analytica:

“He led the design and development of the Analytica decision software, which has brought decision analysis techniques to a wide audience with little previous exposure to those methods.”

“I am deeply honored and thrilled by this recognition by the decision analysis community. I am particularly gratified that the citation mentions the role of Analytica in bringing decision analysis methods to a wider audience. I want to thank the entire Lumina team, especially Lonnie Chrisman, my long-time collaborator and Lumina’s CTO, for their creativity and energy in developing the software and supporting its user community.”

DAS President Eric Bickel makes award, and Max Henrion’s acceptance talk “How did I get here?“