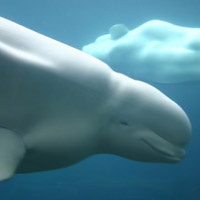 Conserving and protecting the whales of the Canadian Arctic ecosystems is a major responsibility of Fisheries and Oceans Canada. Pierre Richard, a Research Scientist at the Arctic Research Division in Winnipeg, works to assess populations of small whales in the Canadian Arctic.

The model needed a probabilistic risk analysis of the uncertainties that are inevitably substantial when estimating whale populations in the remote Arctic Ocean.

“I considered @Risk, but I dislike spreadsheet models, because they’re confusing and it’s easy to make mistakes”

“Analytica is so much easier to use than spreadsheets. The brilliant thing is its influence diagrams. First you build a model graphically, and then fill in the details. I like to do everything in Analytica because it has so much more flexibility.”

“I am not an expert in programming and statistics. Another reason I like Analytica is that I get a powerful tool, and I don’t have to write code.”

M. Richard developed a series of Analytica models of whale population dynamics. They take as inputs the mean and variance of populations, estimated from aerial surveys over samples of whale habitat, corrected for uncertain biases in visibility from survey aircraft and the percentage of whales on the surface.

Other parameters include estimates of whale fertility and mortality, and the intrinsic increase rate of population in the absence of hunting. Originally the latter number was assumed, but it can now be estimated from time series data on population sizes.

The original model, built with assistance of Dr. Richard Sonnenblick of Enrich Consulting, uses a stage-based Markov model with matrices of annual transition rates between the stages of neonates, juveniles, young adults, old adults, by sex.

Richard and his colleagues have pioneered the use of satellite telemetry on beluga to track movement and dive behavior. In collaboration with Inuit hunters, they capture beluga alive and tag them with satellite-linked VHF radio transmitters.

When the whale surfaces, the radio-tag transmits the whale’s location to a satellite, which is relayed, via a downlink in France, to Richard’s office in Winnipeg, enabling tracking of whale migration patterns in real time.

This data has also provided refined estimates of the percentage of time spent diving — a key parameter for estimating populations from aerial population surveys.

The models evaluate the risk of different levels of hunting, and hence identify what catch level poses a negligible risk to a particular beluga population.

For an analysis of the Eastern Hudson Bay, the authors conclude “a hunting mortality of a few tens per year has a low risk of causing population decline if the gender ratio of the catch is even. An uneven gender-ratio favouring males has an even lower risk of population decline.”

These results have been used as input to decision making by co-management boards with Inuit groups and the Minister of Fisheries and Oceans Canada. Comanagement boards involved in beluga managment include the Nunavut Wildlife Management Board and the Inuvialuit Fisheries Joint Management Committee.