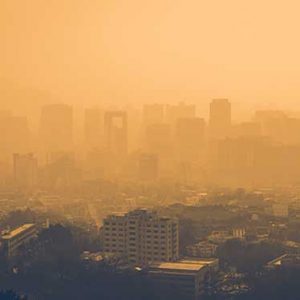 The first environmental regulation in the US to use market incentives — tradeable permits to emit sulfur dioxide — was the Clean Air Act Amendments of 1990.

How effective was this innovative legislation at improving air quality and reducing acid rain?

A team of over 30 scientists at 11 organizations developed TAF as an integrated environmental assessment model to help answer this question for the National Acid Precipitation Assessment Program (NAPAP).

The Clean Air Act Amendments (CAAA) of 1990 was aimed at improving air quality and reducing acid rain in the United States. It introduced a major innovation in environmental regulation: It created market-based incentives to reduce air pollution with a system of tradable permits to emit sulfur dioxide.

The late Senator Moynihan included as part of the act, which he called “this grand experiment”, the unusual requirement that the National Acid Precipitation Assessment Program (NAPAP) evaluate its success with a comprehensive assessment of its costs and benefits. The objectives of the assessment were to:

To help NAPAP address this challenge, the US Department of Energy (DoE) sponsored the development of an integrated assessment model, known as the Tracking and Analysis Framework (TAF).

The CAAA has had a wide variety of effects, ranging from increased costs to power companies and electricity consumers, to improved air quality and visibility, reduced acid precipitation with benefits for forest, stream, and lake ecosystems, and reduced sickness and premature mortality among exposed populations.

An integrated assessment of the full range of effects required a team of experts in many disciplines ranging from power-plant engineering, pollutant transport, atmospheric chemistry, ecosystems analysis, epidemiology, statistics, economics, and computer modeling.

“Quite simply, if Analytica had not been available, the project could not have been completed under the very tight time constraints under which we had to operate.”

“We chose Analytica to satisfy multiple goals for TAF: Each project team needed to create modules that could handle an appropriate level of technical and scientific depth, while we also needed to link the modules to enable an integrated assessment at the national level. We needed to incorporate uncertainty into all aspects of the analysis to understand the importance of key model parameters.”

“Our development process iteratively refined each module to find the most appropriate level of detail or aggregation, so we needed the flexibility of changing array dimensions without requiring rewrites of the model structure. We needed to explain model results to both technical and non-technical audiences: Analytica excelled in easily visualizing complex relationships.”

TAF was designed to be fast enough to be able to run with multiple scenarios in a few minutes on a laptop computer. It was designed to be clear and accessible so that scientists and analysts from public and private sectors can use it to review, understand, and contribute to the assessment.

It is also flexible and extensible so that it can easily be modified to incorporate changing assumptions and to address new policy issues.

TAF consists of ten main modules focused on different elements of the problem, as illustrated in its top level influence diagram:

Each module was developed by a different interdisciplinary team to represent the best available scientific understanding. Some modules were based on results from much larger and more detailed computer models — for example the atmospheric transport module used source-receptor matrices generated by the ASTRAP model from Argonne National Laboratory, a state-of-the-art transport model taking hours of time on an advanced workstation.

These matrices represent the contribution of emissions in each source state to concentration and deposition of pollutants in each receptor state. Other modules used response surfaces fitted to the results from more detailed models – for example, the soils and aquatic effects was based on the Magic model.

These reduced-form models are simple to understand and fast to run, but have scientific credibility based on their calibration with much larger and more complex models.

The Scenario Selector module enables the user to select and compare policy scenarios, including projections of emissions over time with or without the effects of the Clean Air Act, or with further reductions.

The Model Results computes and compares the many effects of each scenario, including economic costs of control, air quality and visibility, soil and aquatics ecosystems, and damage to human health.

The model propagates all uncertainties through to the results with efficient Monte Carlo. It supports uncertainty analysis to compare the relative contributions of each input uncertainty — to help identify areas where further research would be most valuable.

The team developed a process to agree interfaces with modules, using a Public Index Library to define the dimensions (time steps, geographical, regions, chemical species, etc.) of the arrays passed between modules.

This process proved highly successful in ensuring that modules could be developed separately and combined effectively into a single integrated assessment model.

TAF was originally built in 1996, with refinements in 1998. Since then it has been adapted and extended, and is continuing to be used to address a wide variety of related problems of air quality policy by Resources for the Future and others.

An unprecedented feature of TAF was the large number of organizations and authors that collaborated directly in building the model.

Normal practice in environmental modeling is to use a small core team, often with a single primary modeler. The comprehensive coverage of TAF and the short lead time required that each module be created by a different team with special expertise in that area.

TAF was developed for the National Acid Precipitation Assessment Program (NAPAP) to provide information for the US Congress, with support from the Department of Energy (DoE), Environmental Protection Agency (EPA), and National Oceanographic and Atmospheric Agency (NOAA).

TAF has been described in and several publications, including: